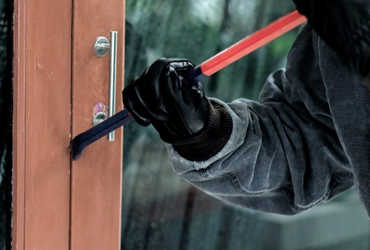 Workflow home culture has emerged since the Corona epidemic. In today’s digital age, even at home, jobs are being created for prevention and protection from corona infection. If we talk about Germany in Europe, the increase in the workflow shows that there has been a decrease in the incidence of theft. Breaking a lock and stealing in a closed house is an easy task but this opportunity is diminishing in the presence of a household member. According to a report published in a German website, 3,000 thefts occurred in the year 2020, 10,000 less than the previous year. Companies that insure against theft also have to pay less for the claims involved.

Data related to theft and insurance have been collected in Germany since 19. According to an insurance company official, there has been a decrease in incidents of theft as people are spending more time at home than before. The only reason is the epidemic of corona. Of the claims in 2020, according to the Insurance Association, there were 60 million, 20 million fewer than in the previous year. Personal insurance claims have also fallen by 10 per cent. This trend is observed in 14 states of Germany. Even before the advent of the Corona virus, the number of thefts has steadily declined due to the strengthening of the security system, but has been further reduced due to the workflow home. Thus thieves are being harassed by the Koro epidemic.