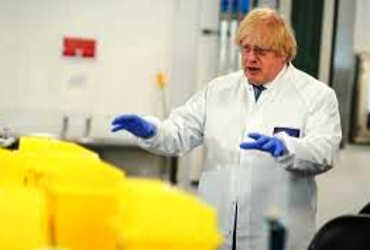 – More than one strain was found in Corona

According to a report released on Tuesday, more than one million people have died in Britain in the wake of Corona.

The Prime Minister of the United Kingdom, Boris Johnson, has expressed his deepest condolences to the bereaved families of the victims. My condolences to all those who lost their parents, siblings, sons and daughters.

The UK has lost one million people since March-April last year. More than one corona stool was also found here. According to figures released by the National Health Service, so far Britain has lost 1,04,000 citizens in Corona.

The Prime Minister said that illness has taught us a new lesson and taught us to improve. However, the situation improved slightly after the introduction of the vaccine.

National Health Service chief spokesman Chris Hopes said: “We are saddened by the death of one million people in Corona. Pradeep Nadeem Zahavi, in charge of vaccination, said,” We urge people of all communities, languages ​​and nationalities to move forward Come and take advantage of free immunization. ”We hope that all citizens will benefit.

Nadeem said that the fact is that new cases are coming up every day.