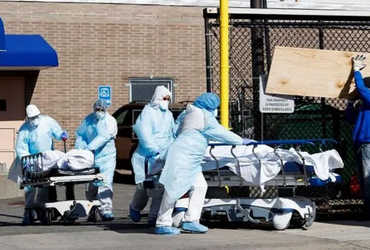 According to data released by Johns Hopkins University, the disease has killed 7,469 people in the United States over the past 48 hours, the most affected.

The number of corona infections in the United States has risen sharply to 19.7 million, with 3,42,312 deaths, more than 2 million children infected with the corona virus in the United States and the condition deteriorating. Vaccines are also being given, and millions of people have been vaccinated against Corona so far.

Coronavirus outbreaks continue in many parts of the world, killing more than 18.17 million people and affecting 8.34 million.

According to data released by Johns Hopkins University in the United States, so far 8,33,99,225 people have been infected with the corona virus in 191 countries, while 18,17,531 patients have died.