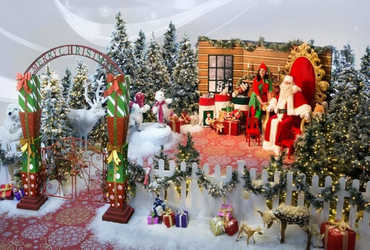 Due to various restrictions imposed around the world due to the Corona epidemic, Christmas celebrations were to be held without devotees attending church in many countries.

However, amidst some obstacles, Christmas was celebrated in its own way. The mass of St. Joseph’s Church, built by Jesuit missionaries in Beijing in the seventeenth century, was canceled at the last time.

Masses were canceled in all churches on Christmas day and Beijing was on high alert after two more Corona cases were found last week.

On the other hand, the choir prayed in protective clothing at the church of Notre Dame Cathedral in the French capital, Paris. Prayers were held during construction for the first time since the burning of the church in 2019 last year.

Thousands arrived in St. Peter’s Square in Italy to hear the Pope’s message. He was content to give his views on issues around the world from the Apostolic Palace instead of giving an annual message.

Venezuelans living illegally in Colombia could not return to their homeland to celebrate Christmas because the borders between Venezuela and Colombia were closed to prevent the spread of the Corona epidemic.

The French truck driver at the port of Dover, which has been shut down by France after a new subtype of the virus found in the UK, could not cross the border due to delays in corona test results.

On the other hand, Mexico has become the first Latin American country to introduce vaccination. One and a half million people died in the Corona epidemic in Mexico. Brazilian President Bolsonaro said in his Christmas message that the Corona vaccine had little effectiveness from the Chinese company Sinovec. Brazil has signed an agreement with AstraZeneca to receive 100 million doses of the Corona vaccine.

Iran has also found a way to obtain the Corona vaccine amidst US-imposed economic sanctions. The central bank governor said he had been assured of transferring ₹ 244 million by one bank to pay for the corona vaccine.

Their attempts to procure drugs through Swiss banks were unsuccessful due to restrictions. The current night curfew and other restrictions have led to a drop in the number of people who die from Corona.

Meanwhile, for an airline passenger arriving from the UK via the United States, they have to prove that their corona test is negative before flying. The CDC’s move is due to the presence of a new subtype of Corona in the UK. The implementation of this measure will start from Monday.

On the other hand, Singapore Airlines also announced the Digital HealthReport Passport. In which the details of the tourist’s corona test and its vaccine status will be checked. A QR code will be issued to tourists taking the Corona test in Jakarta before departing Kuala Lumpur, which will be scanned by airport authorities to know the results of their test and to determine their travel status.

The UK Department of Health said the first dose of the corona vaccine developed by Pfizer-Bioentech has been delivered to 6,16,933 citizens. As a result of the efforts of the National Health Service, the first dose of the Corona vaccine has been given to 5,21,000 people in England, 56,000 in Scotland, 22,000 in Wales and 16,000 in Northern Ireland. The health department said the vaccination program would also be expanded in the coming weeks as higher doses of the corona vaccine would become available, the health department said.