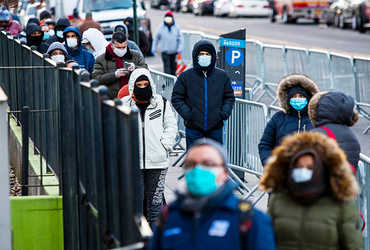 Corona has killed more than 3.5 million people in the United States so far

The critical situation in America can be gauged from the fact that there is no place for burial in California cemeteries. There is a line of corpses in the cemetery. So far 26542 people have died due to corona within California. The most affected areas in the United States are New Jersey, Illinois, Pennsylvania, Michigan, Massachusetts, and Georgia.

A 50-foot fridge is housed in a California cemetery. At the same time, after the death, the body has been kept in the hospital for two days. There are also examples of dead bodies lying around for a week. Talking about Britain, Prime Minister of the United Kingdom Boris Jones has spoken of tightening the lockdown.

Boris Jones warned that the lockdown could be tightened to prevent the spread of Corona. A new strain of corona virus has been found in England. Which is 70 percent more contagious. There has been a demand for a nationwide school closure by teachers in Britain.