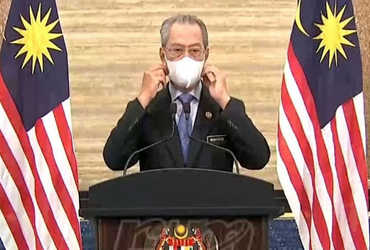 The corona virus originated in Wuhan, China, and has since spread worldwide. Meanwhile, the World Health Organization (WHO) will send a 10-member team to visit Wuhan.

The team will fly directly from Singapore to Wuhan, China, where the virus originated. Information about how and where the virus actually spreads will be obtained. While China has again declared a lockout and Malaysia has declared a state of emergency due to corona.

Chinese Foreign Ministry spokesman Zhao Lijian said the WHO team was scheduled to arrive in Wuhan from Singapore on 14 January.

The team is arriving in China to investigate the Corona virus, which has killed millions of people worldwide, revealing the fact that the virus has spread from China. While China denies this fact and has not given permission to visit the institute earlier.

On the other hand, the lockout has been increased again in China. A lockout of seven days has been announced in some Chinese cities from Tuesday. Whereas citizens across the country have been asked to stay in their homes for seven days. The harsh lockdown has been re-enforced, particularly in Wuhan.

Meanwhile, an important political conference was going to take place in China, although its time has been extended due to Corona cases. An emergency has been declared in Malaysia due to the outbreak of the Corona virus. The King of Malaysia on Tuesday approved a state of emergency and suspended Parliament until August.

However, the administration said that no curfew or military force would be imposed in Malaysia. In the US, the Corona report of Indian-American female MP Pramila Jaipal has come out positive. Pramila, 55, tweeted that her corona report was positive and started treating herself.