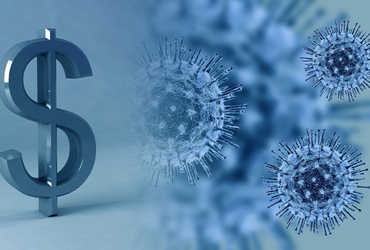 – The wealth of America’s billionaires increased by one trillion dollars

The corona virus has given a tough competition to the economy of all the countries of the world. All countries are facing economic recession. The International Monetary Fund has described the recession as the biggest economic crisis since 1930. Amidst all this, there are few people in the world who have lost their property due to Corona virus. The Corona virus cost him crores of rupees. At least 50 people associated with the medical field in the world have been included in the list of world’s top millionaires during the corona virus epidemic.

According to Forbes, most of these businessmen own pharmaceutical companies, research, medical devices, packaging and personal care products. The bank balances of all these people increased rapidly during the Corona period. The wealth of America’s billionaires alone has increased by one trillion dollars. The new billionaires in the world are mostly Chinese and American businessmen. All these people have benefited from Corona.

The list of millionaires also includes Untur Sahin, CEO of Bioentec, Corona vaccine maker and Modern’s CEO Stephen Bansal. Their wealth has also increased manifold during the coronation period. Both companies have made a bumper income by creating the premier Corona vaccine for the US and UK.

China and Canada natives Yuan Liping are at number three in the list of new billionaires released by Forbes. Which has total assets of 1 4.1 billion. Yuan has a monopoly on the Oxford AstraZeneca Corona vaccine. Not only this, but the owners of companies making empty vials for the corona vaccine have benefited immensely.