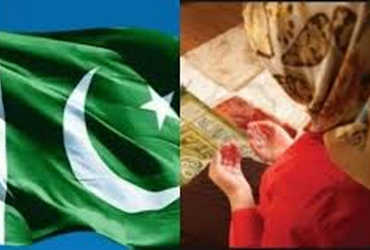 With schools closed in lockdown, young women are easily spotted by criminals

Atrocities against minorities including Hindus are increasing in Pakistan and women and girls suffer the most. According to one figure, a thousand minority girls, including Hindus, are forcibly converted every year and are married only at the age of 14–15.

These figures have been released by human rights organizations operating in Pakistan. There has been an increase in negotiations in public lockdowns, especially during the Corona epidemic. Along with the data, some traumatic events have also been reported.

A 14-year-old Christian girl named Neha converted to Islam and was later married to a 45-year-old Muslim man, who has two children who are older than Neha. The matter came to light when Neha gave her statement to the media.

“I forcibly converted and later got married,” he said. The person who committed this crime with me is currently in jail in a rape case. When a pistol was found from his brother. Which makes me scared. This crime is happening to many young girls like Neha.

According to human rights organizations, such incidents have increased as schools close and currently young girls and adolescents are thrown out and exposed to criminals. Smugglers are more active on the Internet and poor families are in debt.

A recent report on American religion also expressed apprehension about this. Most of the young girls who are victims of conversion, rape and forced marriage are from Sindh province of Pakistan. Presently, the case of two Christian girls from Pakistan including Neha has sparked heated debate in countries including India.

Most landlords and wealthy landlords, young women looking for marriage are committing more of this type of crime. Most women are married to older people after conversion.

In which a large amount of bribes are given to Islamic clerics, magistrates who recognize marriages etc. and even the police remain silent. Crime is on the rise with only 3.6% of Pakistan’s 22 crore population living in an environment of fear.