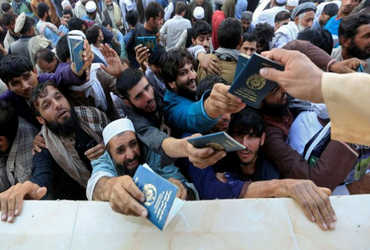 Pakistan on Sunday revoked around 2 lakh computerized identity cards in a major crackdown on Afghan refugees, Interior Minister Sheikh Rashid Ahmed said on Saturday, “We have figures of 1.5 million Afghan refugees, who have legal status, and the country. I have about 8. ” , 00,000 lakhs have settled here illegally, out of which the identity cards of 2 lakh refugees have been revoked.

He said that more than 200,000 online visa applications were received in a single day, while Rashid said that those targeting the armed forces were doing so at the behest of foreigners, and those who made anti-military remarks were asked to spend 72 hours Will be prosecuted within. That we will defeat such corruption in our country and against government institutions.