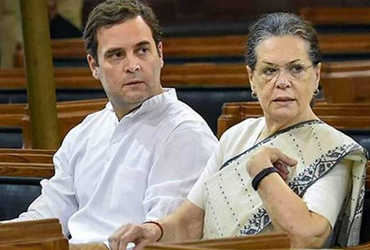 Yesterday, Saturday, in Delhi, several disgruntled Congress leaders met the party high command. Sonia Gandhi and Rahul Gandhi were also involved. Soon after this meeting, the Congress party went into action mode. Because the Congress party has started a reshuffle in the organization of four states. Initially, the Congress party is going to change the organization of Telangana, Gujarat, Madhya Pradesh and Maharashtra. Similarly, Uttam Kumar Reddy, President of Telangana Congress has resigned, taking responsibility for the party’s defeat and poor performance in the Greater Hyderabad Municipal Corporation elections.

Apart from this, Gujarat Congress President Amit Chavda has also resigned due to Congress defeat in Gujarat elections. Assembly elections will be held in some states in the near future. The Congress party is preparing for this. In Telangana, Punjab and Gujarat, there are rumors of a major change in the Pradesh Congress Committee soon. The state presidents of these states can also change. On Saturday, party president Sonia Gandhi held talks with several leaders. Many of these leaders have spoken of reforming the party organization.

The Mumbai Regional Committee of the Congress was reshuffled on Saturday. Balasaheb Thorat, who is the President of Maharashtra Congress, is also the leader of Maharashtra Congress Legislature Party. Apart from this, Sonia Gandhi has also appointed three All India Congress Committee secretaries for Assam and Kerala. Assembly elections are due in both states early next year. The newly appointed incharge will assist the incharge of both the states. Yesterday’s meeting lasted for 5 hours, during which all these discussions took place.