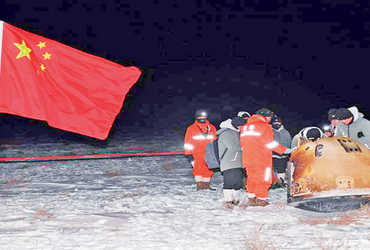 The spacecraft traveled to the moon and collected samples. Pits up to two meters in surface were also dug for a diverse sample. Chang E-Pa is China’s third spacecraft to reach the lunar surface. China first started two missions to study the moon.