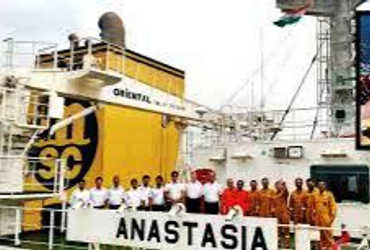 China has once again shown its brutality by refusing to provide relief to Indian shipwrecked sailors stranded in Chinese ports for the past six months.

The Indian ship ‘Jag Anand’ was carrying coal from Australia to China. In June this year, there was a bomb blast near the Chinese port of Jingtang. After six months, China is not ready to help or give them relief. The aircraft has a total of 23 Indian riders.

The sailors have been waiting for relief since June. But China refused to provide any relief on the pretext of Coronation Day. The National Union of Sea Fair of India, the International Maritime Organization and the International Transport Workers Federation also urged China not to respond favorably.

Apparently the mental condition of the sailors on this ship was deteriorating. Chinese Foreign Ministry spokesman Zhao Lijian made the excuse that exchanging sailors during the Koro period was not possible. We are in touch with the Indian Embassy.