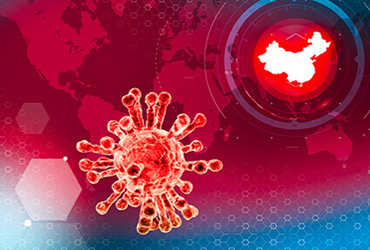 The second wave of Corona is going on in India. More than 1.50 lakh positive cases are being reported every day. Surprisingly, after the outbreak of Corona epidemic in China, only 2.5 thousand cases have been reported in the last one year. According to the World Coronometer, the total number of cases is currently 203, of which 6 patients have been released from the coronet while 5 have died. In April 2020, the number of corona-infected patients was approximately 3,000. If you look at it this way, the number of cases of coronary heart disease has increased by only 2.50 thousand in a year.

The number of cases of coronary heart disease throughout the year in China is lower than the daily number reported in cities such as Mumbai and Delhi. Corona-related deaths are increasing worldwide, but unsurprisingly, the last death from corona in China occurred on January 7, 2021. Countries such as Britain, the United States, Italy and France, which are at the forefront of human health care, are also struggling with corona outbreaks. China’s Koro figure is nothing short of magical. If so, we should learn how to control Corona from China, which has a population of 1.50 billion, but the reality is different. The first lockdown was due to a corona infection on January 6, 2020 in Wuhan, China. The world is questioning China’s data. Transparency cannot be expected from the iron-communist communist government in Corona, the birthplace of China. It is true that China lacks democracy and follows strict policy rules, but despite disciplinary lockout and strict adherence to the Kovid-12 rules in many parts of the world, the transition to Koro has not been prevented. Countries like Italy, Spain, France and Britain have faced the second and third wave of Corona.

A recent report said that a large number of people in China are writing a will due to fear of corona virus. Yang Yingwei, director of the China Registration Center and China Will Institute, said people were concerned about what would happen to their property if they died of the corona virus. The agency’s report also claimed that 19-year-old Virdhathini had arrived at the center’s branch in Shanghai and made a will of 30,000 yuan (2.5 lakh rupees). About 60 per cent of the youth have given money to the bank and 20 per cent have attached their assets. If all is well in China, Corona will not be so afraid.