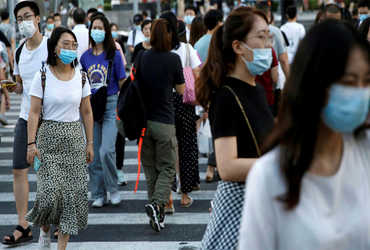 China’s economy, which has spread the corona virus worldwide, is gaining momentum. The IMF has said that China is recovering rapidly from economic losses. And its growth rate was estimated to be eight percent.

With a growth rate of 8%, China will become the largest economy in 2021. On the other hand, due to the corona virus, the economic growth of countries around the world has come to a standstill and GDP has declined in other countries like India.

Despite the global epidemic and economic trauma, China’s economic growth is also considered surprising. According to the IMF, China’s growth rate is projected to reach eight percent. China is currently experiencing rapid economic growth, although its growth is not balanced and stable, the report said.

The IMF’s Asia director, Hal Berger, said China’s growth rate, which was 2 percent in 2020, will increase to 8 percent in 2021. Private investment in China is increasing, although buying by people is still sluggish and China’s economic growth will accelerate in the coming days.