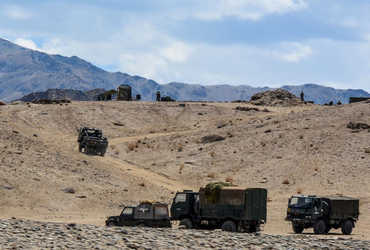 The border dispute between India and China has received little attention in the wake of the Corona riots, but the fact remains that tensions between the two countries are high.

In other words, China had previously agreed to withdraw its troops at Hot Spring and Gogra Post, but has now gone back to China and refused to withdraw troops from here.