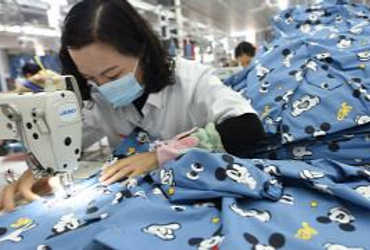 The Corona epidemic has shaken the world’s economies. Measures such as lockdown and emergencies to prevent the spread of the virus have had the opposite effect on the world’s manufacturing and service sectors. The loss of jobs in the industry has left millions unemployed. India’s GDP minus the economies of Europe and the United States is falling. However, surprisingly, the Koro epidemic has proved to be a boon for China. Although the corona virus was spread from Wuhan, one of China’s top five economic cities since the beginning of the current year, Wuhan and China’s economy were back on track within a few days. A superpower like America could not stop the infection of corona but suddenly the infection of corona in China stopped. The lockdown was also quickly unloaded.

While the total number of coronary infections in China did not exceed 2,000, this number was increasing day by day in Europe. China also began intensifying trials in vaccine research to prevent coronovirus infections. China lacks democracy and the iron claws of communist rule do not reveal what the real situation is, but the Center for Economics and Business Research (CEBR) claims in its annual report that China’s economy will grow over the next five years Will overtake America. According to the CBR report, there has been an economic and soft power struggle between the US and China for some time. The Kovid-12 epidemic has benefitted China’s economy. After the lockdown, China took steps one after another while the US is still struggling. On March 9, 2021, a session of Communist Party MPs is being convened in China to implement the 13th Five-Year Plan.