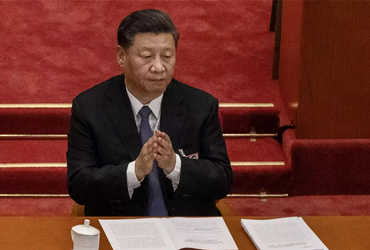 Beijing, Ta. 4
China’s ruling party has amended the law to give more power to China’s Central Military Commission. With the signing of the law by President Xi Jinping, military commission chairman Xi Jinping now has the power to order war.
Experts around the world, who are monitoring China’s military activity, fear that China may be preparing for world war. The Chinese army is engaged in all kinds of maneuvers from Ladakh to the South China Sea. Along the border, China has caused controversy in one way or another. China, which has been a source of tension on the Ladakh border, has been in conflict with several countries in the South China Sea.
Amidst all this, a new law has been passed in China this week. Chinese President Xi Jinping has amended the National Defense Law to give the President of the Central Defense Commission the power to declare war. The chairman of the Central Military Commission is Xi Jinping. Namely, Jinping has empowered Jinping by amending the law.
Under the new law, Jinping will be able to declare war at any time on the pretext of protecting citizens and national interests. He is not required to seek permission from the ruling party, military officers or anyone else. Generally in China, the president has to gain the trust of the Central Military Commission before going to war, but China’s internal system is such that all people close to the president are organized in the commission.
The effect of the new law would be to reduce the role of the State Council in formulating military policy in China. All powers are vested in the Central Military Commission. The Chinese state media also described Jinping as a powerful president and said that the Chinese military is ready for war in the interest of the country. According to experts monitoring China’s defense movement, China has recently started military exercises along all its borders.