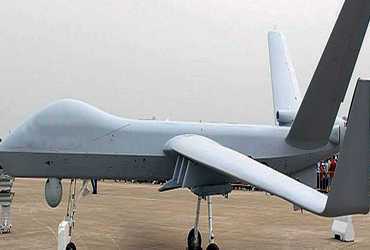 New delhi date 26
China has signed a deal with Pakistan for 20 military-armed drone wing Lung-2. Chinese media claimed that the height of the Chinese drone found by Pakistan would be a nuisance for the Indian Army. However, according to Indian officials, India is well equipped to deal with drones.
China has sold 40 military drones to Pakistan. The Chinese media too described the incident as very big and said that the drone would harass India at high altitude. The Chinese media wrote that the drone would become a nightmare for the Indian Army.
The peculiarity of this drone is that it can deploy weapons and can attack with it. India has a large number of drones, but they are surveillance drones. India has recently leased two armed drones from the US. In addition, India has also signed a deal for American armed drones. According to Chinese media, India is not harmed by drones, so India will be in trouble.
However, senior Indian military officials have denied the allegations, saying India has a radar system that can monitor eagles in the airspace. In addition, these types of drones operate in areas with very little air space. There is no such situation on India’s border. The drone will be caught on the radar just before the attack and the Indian Army can easily fly it into the air.
Citing this as an example, Indian military officials said that the US launched drone strikes against militants in Afghanistan and Syria and achieved effective results. Because its airspace is dominated in the United States, but not all airspace has such a result.