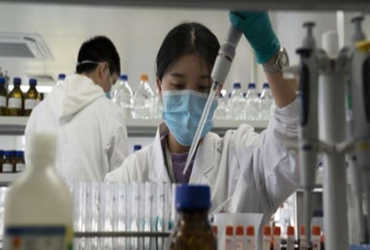 (PTI) Beijing, Ta. 13
The Chinese government has enacted a new law to create other bio-labs, such as the Wuhan Bio Lab, where the corona virus spreads. China will now mass produce chemical weapons with the help of a law called biosecurity.
The Chinese government has enacted a biosafety law. In the name of this law, China will now build another lab like Wuhan Lab. However, the reason given by China for enforcing the law was that it could be investigated, regulated and punished if a chemical was dissolved in a laboratory and specifically to strengthen the safety of the bio-laboratory.
But China’s intentions are somewhat different. In the name of this law, China will open new bio-laboratories across the country and spread terror by continuously using chemical weapons in those laboratories. Under the law, China will set up new laboratories across the country.
According to a report by the Chinese government newspaper Global Times, China will set up three Level-3 bio labs in the coming days. China plans to set up two lab-2 types of labs.
The corona virus was transmitted in December 2016 from a similar laboratory in Wuhan. The first case of corona was reported in Wuhan. The corona then roared all over the world, which it still has today.