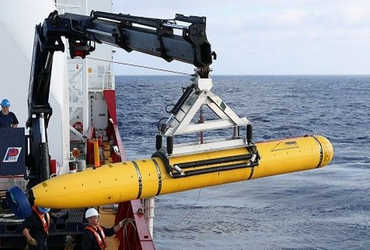 Amid conflict with India on the Ladakh border in the Himalayas, China has now conspired to surround India by stepping into the sea. China has deployed a fleet of underwater drones in the Indian Ocean. These drones can operate for months and are capable of delivering intelligence to the Navy. These underwater drones are named C Wing Gliders. Sutton, who wrote for Forbes magazine, claimed.

Writing for the prestigious US economic magazine Forbes, Sutton stated that these sea gliders are unmanned underwater vehicles (UUVs), which were launched in mid-December 2016 and had more than 4,500 observations in February. Citing government sources, Sutton said the gliders were similar to those deployed by the US Navy. American gliders were seized by China in 2012. “It is very surprising that China is now deploying such UV-N masks in the Indian Ocean,” Sutton wrote.

China has also deployed a sea wing in an ice breaker in the Arctic. According to defense experts, a December report last year found that 12 gliders were deployed in the Indian Ocean mission, but only 12 were used. “These gliders have large wings that allow them to last longer,” Sutton said. However, gliders are not fast or tight, but are deployed for long-range missions. Defense analysts say these Chinese gliders are collecting oceanographic data. It is used to provide intelligence to the Navy.

In view of the increasing challenges in the Indo-Pacific region, Chief of Defense (CDS) General Bipin Rawat said earlier this month that the world wanted to compete for strategic locations in the Indian Ocean region. Currently more than 150 warships from various countries are stationed in the Indian Ocean and in the near future, competition for a strategic base is likely to increase in view of the growing global interests in the region. As China’s economy and military size have increased in recent years, so has its influence in the Indo-Pacific region, which has attracted everyone’s attention. India should focus on strengthening its ties with groups such as Japan-Australia-India and the Association of Southeast Asian Nations (ASEAN) to advance its strategic interests.

Amid conflict with China, India is keeping a close watch on the Line of Control. The central government has given a three-month extension to the defense forces to purchase weapons under emergency requirements to boost the war preparedness of the three armies. The trio have given the military emergency power to buy or lease any weapon of their choice, ready to wage an armed conflict in Ladakh at any time, including China and Pakistan. Sources said that amid clashes with China, the three forces have already finalized the acquisition of over US $ 20 million. Our army is in a position to face challenges on both sides.