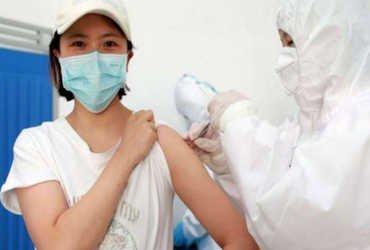 – Chinese media claims that the vaccine is completely safe

Ready to say goodbye to the year 2020, the world is now waiting for the vaccine for Corona. In countries such as the United States and Britain, the corona vaccine has begun to be used until now. Now China has also claimed that it has been successful in making the corona vaccine and it is completely safe as well. China says it has also tested the vaccine at various stages.

According to the Chinese Vaccine State Council President Zheng, there has been no response to the vaccine yet. If there is no response after vaccination and protection against the virus, it means that the vaccine is successful and safe. China claims to have given emergency vaccines to one lakh people. Some people had reactions after being vaccinated, but none of them were serious.

When China vaccinated its own people, it sent 60,000 of them to the Corona High Risk Zone. All these were the places where the risk of corona was highest. But after returning from these places, there was no response from these people. China has since claimed that its vaccine is completely safe.

Three companies are leading the race for vaccines in China. Sinopharm and Sinovac are companies that are also testing vaccines in some countries outside of China. These companies are testing their vaccines in countries like UAE, Turkey, Indonesia, Bahrain. The corona virus spread worldwide from within China last year. As a result, millions of people worldwide have lost their lives. So still the fate of Pum Corona is the same all over the world.