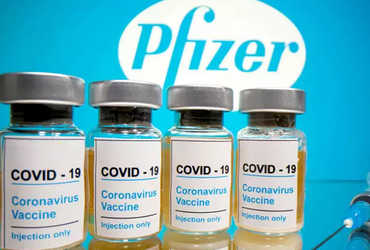 -It claims to be a leader in vaccines.

There were reports that China was now buying the Pfizer vaccine after claiming to be a leader in making anti-corso vaccines. At the same time, there was the question whether China did not trust its own scientists or vaccines.

China signed a deal with Germany to buy the Pfizer-Bioentech vaccine. The deal states that China, which has infected the world with the corona virus, does not trust the corona vaccine to be developed in its country. China has signed a deal with Germany for the Pfizer Biotech vaccine, fearing that the United States may not sell the vaccine itself due to strained relations with the United States.

Everyone should be given two doses of the vaccine against the corona virus. Reports were underway that China had signed a deal for 100 million doses. It should be noted that Pfizer is an American company while Bioentech is a German company. Pfizer and Bioentec have jointly developed a vaccine that has been recognized by the United States and Britain. Instead of contacting the US, China approached Germany and ordered 100 million doses of the vaccine.