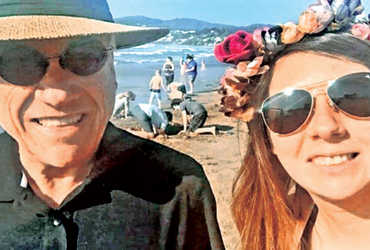 In India, the general public is being severely punished for showing the rules of the Koro epidemic, while politicians are seeing scenes where these rules are not being enforced.

Chile, a South American country, was fined 3, 3,500 (around Rs 2.57 lakh) for taking pictures without wearing masks amid reports of inequality in the implementation of the Kovid regime in India. Chile has also made it mandatory to wear masks in public places and anyone found to be in violation of the rules may face punishment ranging from fines to imprisonment.

Chilean President Sebastian Pinera posed for a picture with a man on the beach without wearing a mask. Which proved that he did not wear a mask and was fined by health officials in the case. A photo of Sebastian Pinera went viral on social media in early December. After which he also apologized to the citizens in this matter.

President Sebastian’s house is located in Kachwa, a posh area of ​​Chile. They went for a walk on the beach near his house and meanwhile a woman recognized him and insisted on taking a picture. In the selfie, the President and the woman are seen standing close to each other and both did not wear masks.