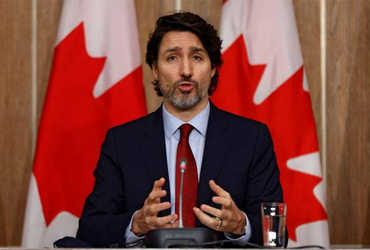 Canada’s lower house, the House of Commons, condemned China for the massacre of one million Uyghur Muslims.

Surprisingly, Canadian PM Justin Trudeau and members of his cabinet were absent from the vote. It was clear that Justin Trudeau was afraid of China and wanted to annoy China.

It is the same Trudeau who has tampered with India’s internal affairs by declaring his support for the peasant movement in India, but another proof of his silence against China is seen by the world today.

In the House of Commons, however, the motion was unanimously passed. 266 members voted in favor of the motion. Not a single member voted against the motion. The proposal calls for the removal of China from the planning committee for the 2022 Winter Olympics.

Canada has the highest number of opposition members in the lower house of parliament. Conservative leader of the opposition Erin Tally said the vote was necessary to send a strong message to China.