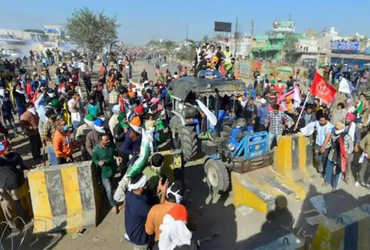 The movement against the agricultural laws of the central government in India was supported by Canadian Prime Minister Justin Trudeau. However, now only Canadian farmers have come out against their government and are protesting various demands related to agriculture. That is why Justin, who has given a statement on the issue of Indian farmers, is facing the anger of the farmers in his own country.

That is why the government has announced an increase in carbon prices by 15 Canadian dollars per year. This price increase will start from 2023 and by 2030 the price of carbon per ton will reach 170 170. The Canadian government has also raised the tax to Rs 20 per ton, which will be increased to 50 per ton in 2022.