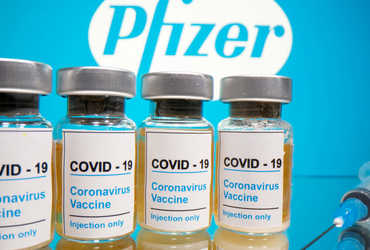 – Immunity to develop after vaccination will take 10 to 15 days: Pfizer

The world, which has been battling the Corona epidemic for the past one year, is now witnessing its cancer in the coronary vaccine. Vaccination programs have also started in many countries around the world. Twenty-four pinch companies in the world claim to have developed the successful Corona vaccine. Which also includes the American company Pfizer. In the United States, Pfizer-developed vaccines are being offered to the public.

A nurse’s corona report within a week of the Pfizer corona vaccine was positive in California, USA. This health worker named Matthew W works as a nurse inside two different hospitals. He was vaccinated against Pfizer’s corona on 18 December. He also posted about this on Facebook. Matthews said he had no side effects after the vaccine.

Matthews, who works in the Corona unit, fell ill six days after vaccination. At first he got cold and later he started having body pain. The report came back positive when he tested his corona. So now people are asking why did they get corona infection even after applying corona vaccine? This question has been answered by doctors and researchers who developed the vaccine.

“We’ve done a lot of experiments on the vaccine,” he said. One thing that has been proved that immunization against the corona virus takes 10 to 15 days after vaccination. The first dose of Corona virus vaccine provides you with 50 percent protection, while the second dose of vaccine is required for 95 percent protection.