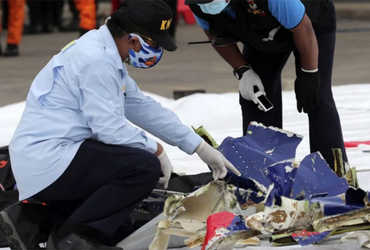 Divers in the Java Sea today set off to locate the black box and other debris of the Boeing aircraft of Srivijay’s airline that crashed in the Java Sea shortly after taking off from Indonesia’s capital, Jakarta.

The Indonesian government says that the location of the blackblock and other parts of the aircraft have been determined based on emergency signals received from the aircraft at various times. Rescuers have indicated that the wreckage of the aircraft is 75 feet below sea level.

Bugas Purohito, head of Indonesia’s National Search and Rescue Agency, said rescue officials said they had determined the location of the aircraft’s black box and debris. Emergency signals transmitted from the aircraft were received by the naval ship’s sonar system at sea.

On the basis of which the divers were landed here. The message has been received by the team of divers that since visibility in the water is clear and well they can operate easily and the debris is about 75 feet down. However, none of the 62 passengers on board were likely to survive.