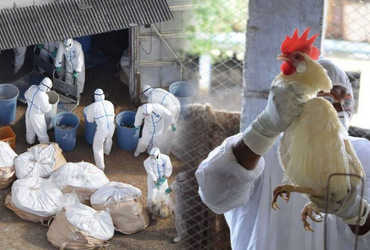 The corona virus has been spreading worldwide for the past one year. Still the world has not got rid of Corona. Researchers around the world are working on the corona virus vaccine. Amid the outbreak of Corona in Japan, another epidemic has taken a terrible form. On one hand, another wave of corona has started in Japan and on the other hand bird flu has also spread in Japan. To prevent the spread of bird flu, 1.1 million chickens will be killed in Chiba province of Japan.

Bird flu was found in some chickens inside a farm in the Chiba region of Japan, and now 1.16 million chickens will be killed on the farm. Chiba Prefecture is the 13th region in Japan where H5N1 bird flu is spreading rapidly.

To prevent the spread of bird flu, the 10-kilometer area of ​​the Chiba region of Japan has been completely isolated. Authorities have banned Pum from sending eggs and chickens to the area. Bird flu has also spread to Kagawa, Fukuoka, Hyogo, Miyazaki, Hiroshima, Nara, Oita, Wakayama, Shiga, Tokushima and Kochi in Japan before Chidiya Province.