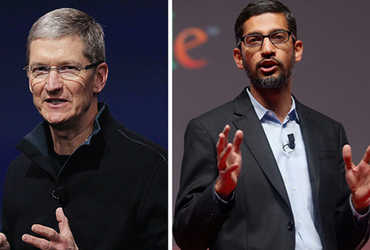 The day before US President Joe Biden took office, he overturned several controversial orders from former President Trump, including decisions on US immigration policy. Biden’s efforts have been praised by companies and industry groups in the US IT sector, including technology giants Google and Apple.

On the first day after Biden took office, Congress sent a new Comprehensive Immigration Act bill to Congress to change its immigration policy. The bill will boost the American economy and create jobs, as well as attract and retain the best talent around the world. Biden’s new immigration visa policy will pave the way for citizenship to over 11 million unspecified immigrants in the United States for the great benefit of Indian IT professionals.

Apple CEO Tim Cook welcomed Biden’s comprehensive immigration reforms, saying they reflected American values ​​of justice, non-discrimination, and respect. Google CEO Sundar Pichai tweeted that Google supports the move to the new system and looks forward to working with the new system to help the United States overcome the epidemic. Major IT companies from US IT companies including Apple, Google, Microsoft are in high demand for IT professionals from countries like India and China. Biden’s new policy will make it easier for these companies to hire foreign skilled workers.

Only 4.5 percent of women in the world have seats in parliament

The gunshot was stuck inside the child’s nose for 8 years, find out how it turned out