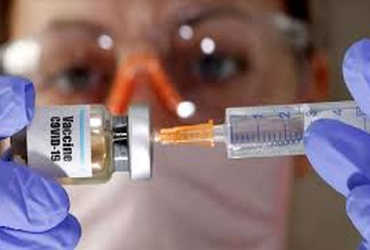 We have discussed five things to achieve our goal of vaccinating 100 million Americans in the first 100 days of our rule. I am clear about achieving this goal. This goal must be attained with courage and determination as the health of the country is at stake. First we will ask states to start vaccination for more groups.

Biden said the priority group is selected on the basis of science criteria but the problem is its implementation. If you ask people today, they cannot answer when they can vaccinate. They do not know that millions of doses of the Corona vaccine are currently in freezers in the country. Whereas those who need the vaccine do not get it.

On Friday, 216,769 new cases of corona were reported in the US. Which is less than the average of the last three days. However the death toll has increased according to the weekly average. Last week, more than 550 people died every day.

Prime Minister Boris Jones said that if you want to come to the UK you must have a Corona negative certificate. Which you should receive exactly 72 hours before starting the tour. Then you will have to fill a passenger locator form. Your airline will ask for both proofs before you leave.

It will also be tested when you land in the UK. If a rule is broken, it will have to pay a heavy fine. Violation of any lockdown rules will result in an initial fine of Rs 200. The government said that more than 3.2 million people have been vaccinated.

In China, on the other hand, a 1500-room hospital has been built in five days to deal with the resurgence of coronavirus this month in Shijiazhuang and Nangong, the capitals of Hebei province in China. A total of 6500 rooms will be arranged in six hospitals to be built in Nangong. All these hospitals will be operational next week.

The hospitals were built overnight due to the Corona epidemic in Wuhan last year. According to the National Health Commission, 130 new cases have been reported in the last 24 hours, of which 90 have been reported in Hebei province alone. Meanwhile a breathing analyzer has been developed by SaintTech Medical in Israel that can diagnose corona with 98 percent accuracy.

Serbia, on the other hand, is the first delivery of the Corona vaccine developed by the Chinese company Sinopharma. President Alexander Vucic was present at Belgrade Airport to welcome the Chinese aircraft carrying one million vaccines from China. After Sputnik-Five from Pfizer-Bioentech, Russia, the Chinese vaccine has now arrived in Serbia.

Greece has started vaccinating people over the age of 85 against Corona. The Pfizer-Bioentech Corona vaccine has been given to more than 75,000 health workers. Pakistan has also approved the Astrazeneka corona vaccine for emergency use.

On the other hand, 4029 new cases of corona were reported in Malaysia on Saturday. This brought the total number of corona cases to 1,55,095. The king of the country declared a state of emergency on 12 January in view of the increasing Corona cases.