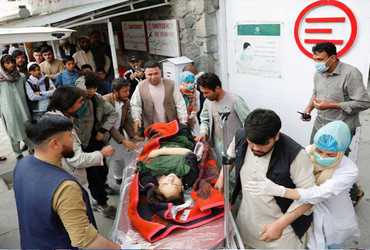 A bomb blast near a school in the western part of Afghanistan’s capital Kabul has killed at least 40 people, most of them female students, an Afghan government spokesman has said. Interior Ministry spokesman Tariq Arian said ambulances were reaching the site of the bombings near the Syed al-Shahda school in the Shia-majority Dast-e-Barchi area. At least 52 people were injured in the attack and the death toll could increase.

No terrorist group has claimed responsibility for the attack, but in the past, the Islamic State has claimed responsibility for the attacks in the same Shia-dominated area. The attack began a few days after the US began the process of repatriating the remaining 2,500 to 3,000 US troops, leaving the United States until September 11. In such a situation, it is feared that the Taliban may re-emerge, with nearly half of Afghanistan currently under their control or influence.