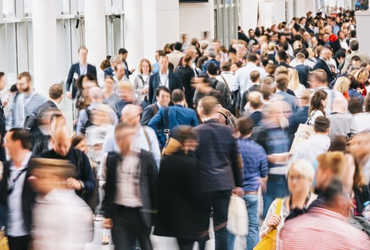 The American population has grown at a much lower rate than in the previous year. Between 2012 and 2020, the US population grew by only 0.2 percent. According to the US Census Bureau, it has the lowest population growth rate in the last 150 years. The state of the growth rate is also showing the impact of the corona epidemic in America.

The last few years have seen a stagnation in the growth of the US population due to immigration restrictions as well as declining fertility. However, the death toll from Corona has increased and is showing a very sluggish-growth trend, said William Frew, a senior follower of the Brookings Institution Metropolitan Policy Program.

“The low growth rate is showing where we are going,” he said. Statistics say that its impact on the population can be clearly seen. Between July 2016 and July 2020, the US population grew at a rate of 0.9 percent. In July, there were an additional 1.1 million citizens in the United States, with an estimated population of 25 million.

According to an analysis by William Ferry, this is the first time the American population has seen the slowest growth rate since the Spanish flu at its peak. is. The growth rate from 1917 to 1919 was 0.2. Significantly, at that time the US Army was overseas, because World War I was raging.

Birth rates have declined dramatically throughout the United States. California, with the largest population of 2.8 million, saw a 0.17 percent drop in population. New York suffered the most from the Corona epidemic, losing 1.5 million residents, at a rate of 0.2 percent. After New York, Illinois saw a drop of 0.6 percent, followed by 0.21 percent in Hawaii, 0.3 percent in West Virginia, and 0.6 percent in Mississippi.