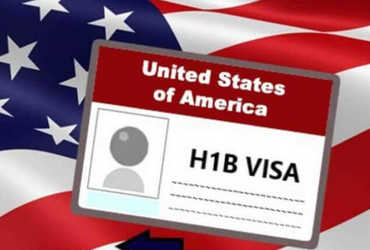 – Apply salary and skills instead of lottery system

The US hopes to change its H-1B policy in the near future, with the Trump administration announcing that the salary and skills system will replace the current lottery system.

H-1B is a non-resident visa that allows foreign companies to bring American companies. Trump officials said the final rules would be set on January 8 in the Federal Register. These officials claim that we also have to protect the interests of Native American workers. Officials said, however, that the visa system was being changed in a way that gave foreign employees the benefit of higher qualifications and qualifications.

Technology companies in the US, especially H-1B visas, take advantage of the skills of thousands of Indian and Chinese youth each year and invite them to the US. Trump’s first visa ban expired on December 31. But Trump had extended sanctions by the end of March that Corona and the lockdown had affected other workers as well. “There are still reasons to impose visa restrictions, so I was forced to extend it,” Trump said.

The final rules will be announced in the Federal Register today. However, it will be implemented after 45 days. Applications for the new H-1B will begin in April.