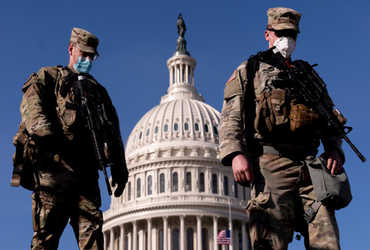 If Biden is sworn in as US President on 20 January, there is a fear that violence may erupt again.

On the one hand, preparations for the swearing-in ceremony are on, on the other hand, there are reports of violence once again in Capitol Hill, US House of Representatives. 500 rounds of ammunition have been found.

Earlier, on 6 December, supporters of US President Donald Trump stormed Capitol Hill, killing five people. There was no permission.

Security of Parliament has been beefed up after the recent violence. The FBI fears that violence may erupt again. In these circumstances the police do not want to take any risk.

China’s attempt to disrupt electricity in India through hacking