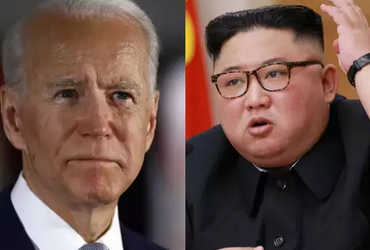 Seoul, ta. 9
North Korean dictator Kim Jong Un has resumed anti-American rhetoric. Kim Jong Un called the United States the biggest enemy of North Korea and expressed his determination to make more and more nuclear weapons in meetings with government officials.
North Korean leader Kim Jong Un addressed the ruling party and government officials. At that time, Kim Jong Un ordered to start a project to build more and more nuclear weapons. Kim Jong Un said in reference to America: We have to increase nuclear weapons. We should start working towards making more powerful weapons than before. Relations with the United States need to be reconsidered. America is North Korea’s biggest enemy, changing the president there does not change policy.
If Biden is sworn in as US president, it is likely that Kim Jong Un made a statement to increase pressure on him. Initially there was a lot of conflict with Donald Trump. The two exchanged harsh statements, but later a meeting between the two leaders also took place. After this the tension subsided.
Kim Jong Un told the Workers Party Congress that the government was working towards developing advanced missiles and weapons. Kim Jong Un also called for the creation of reconnaissance satellites and submarines capable of nuclear weapons. Kim said that North Korea would have to increase its attack capability. Missiles capable of hitting up to 15,000 kilometers must be built.
Incumbent President Joe Biden called Kim Jong Un a thug. During the election campaign, Biden called the Trump-Kim talks unnecessary. North Korea-US relations are likely to be more tense as Biden Kim Jong takes a drastic action on them.