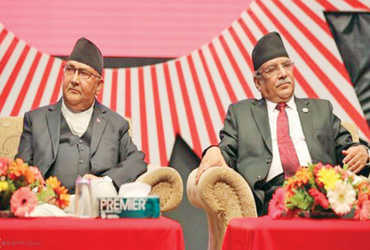 Nepal’s ruling party, the Communist Party of Nepal (NCP), has split into two. The then Prime Minister of Nepal. Sharma Oli’s recommendation to dissolve the P Parliament was accepted by the President and now there is a crisis-like situation in Nepal.

In Nepal, the current leader of the Communist Party of Nepal. Supporters of both P Sharma Oli and Pushpa Kamal Dahal Prachanda have split. K.P. Sharma has formed a separate committee of 1199 members. While Prachanda is also trying to increase his strength in the party.

Members of the new committee formed in the presence of Ollie were also sworn in. Oli’s main objective is to get a majority in the Central Committee so that he can become Prime Minister again and dismiss his opponents. The Central Committee currently has 446 members in addition to 556 members.

Oli also said that if some leaders want to leave the party, it will not affect the party. On the other hand, Prachanda’s group has also become active and is trying to bring them together to support others. Therefore, the current ruling party in Nepal is divided.