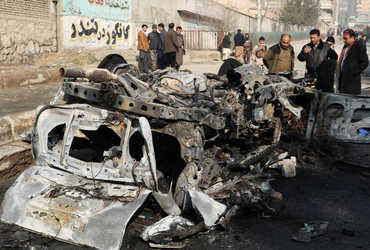 An air strike in Afghanistan has killed at least 14 terrorists. Nine of the terrorists killed in the attack are of Pakistani origin. So the remaining 5 terrorists belong to the Taliban organization. On the other hand, 18 Afghan civilians were also killed in airstrikes. Ghazni Provincial Council President Baz Mohammad Masir said that all those killed belonged to the same family.

The Afghan Defense Ministry has claimed that the militants were killed in the airstrikes. According to the Defense Ministry, an airstrike was carried out in the Nimroz area on Saturday night, killing 14 militants.

Baz Mohammad Masir said that the airstrikes were targeted in Munjari village of Khashrod district. The six civilians killed include eight children and seven women. According to media reports, the victim’s family has reached Nimroj’s capital, Jarganj, seeking justice. The Afghan Air Force has also announced that several terrorists have been killed in airstrikes on Taliban strongholds on Saturday night.

A few days ago, a report released by the United Nations said that about 6000-6500 Pakistani terrorists are active in Afghanistan. Most of these terrorists are affiliated with Tehreek-e-Taliban Pakistan.