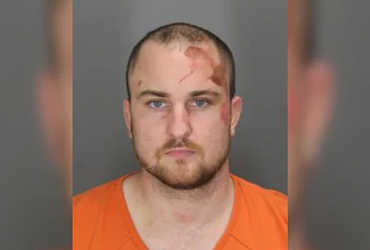 Today’s youth are addicted to video games. Some youth also have the ghost of playing video games. To the extent that it can be called insanity, youngsters are playing VO games. A similar incident has occurred in Michigan, USA. Where a young man attacked his mother and stepfather with a knife. In which his father is killed. He attacked the young man with a knife after his parents refused to play video games.

Christopher Mack, 29, of Michigan, has committed this madness. When his parents forbade him to play video games, he becomes enraged and attacks him with a knife. In which his father was killed and his mother was injured. The 66-year-old mother and her 71-year-old father were sleeping and wanted to sleep. So he forbade Christopher to play the game.

According to police, the boy stabbed his mother’s nose, breaking her nose. He later punched his father several times. His father brought a knife from the kitchen to protect himself. But her move became even more dangerous, as Christopher snatched the knife from her hand and struck her several times. Do not leave your mother and stumble on her too.

Police said that when we reached the house, there were blood stains on the walls, furniture and doors. Police had to work hard to catch Christopher. A lot of officers caught it together.