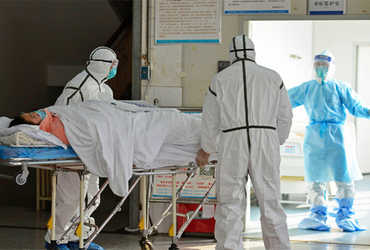 China said on Monday that a team of WHO experts would arrive here on Thursday to investigate the genesis of the epidemic corona. This will eliminate uncertainty and delays in approving travel. According to media reports, China’s National Health Commission said that WHO experts will visit China on 14 January. He will go to Wuhan. Here in December 2019, cases of this infection were revealed for the first time.

Questioning broad views on the origin of the corona virus in Wuhan, Beijing delayed approving a 10-member expert’s visit. On January 9, the vice chairman of China’s National Health Commission told the media that the team’s arrival time in Wuhan is still being considered.

He said that China and WHO had agreed on a special arrangement for investigation in four video conferences. Chinese experts will also accompany the visiting team to Wuhan. Earlier, WHO President Tejos Adnom Gabrias criticized China for not giving the necessary approval to the panel of experts.