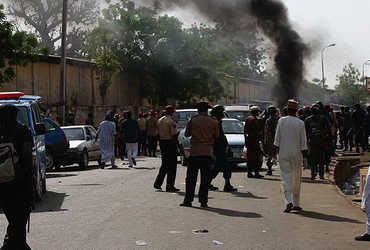 A major terrorist attack has once again occurred in the southwestern region of the West African country Niger. 56 people died in the terrorist attack. Militants have attacked two villages, killing 56 people. In addition, more than 20 people were injured in the attack.

No group claimed responsibility for the attack. In the area where the tanks attacked, there has been an emergency since 2017 due to civil war. There are reports of continuous violence in the area.

Niger officials said the militants targeted two villages in the Tilaberi region, Chambangau and Jaromadreya. It is also estimated that at least 70 people were killed in the attack.

The Niger government has accused Mali armed groups of carrying out terrorist activities in their region. Throughout the region, there are several terrorist organizations associated with Al Qaeda and the Islamic State.

Earlier, the militants had carried out a major attack in the Borno region of Nigeria, killing at least 10 people. The terrorist organization Boko Haram claimed responsibility for the attack. Earlier, militants brutally killed 110 farm workers in Nigeria.