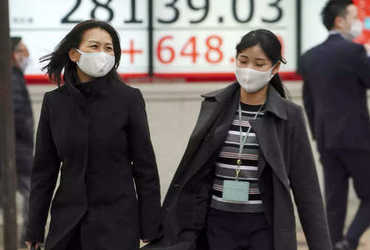 – The possibility of a new type of virus from Brazil

The entire world is already in trouble due to the Corona epidemic. More than 90 million people have fallen ill so far due to corona. More than 1.9 million people have lost their lives due to Corona. Meanwhile, new strains of the Puru Corona virus are emerging, causing concern among researchers and researchers alike. New strains of corona have been found in Britain and South Africa, and now a new strain of corona virus has been found in Japan.

The amount of information obtained differs from stress from Japan and from Britain and Africa. This new form of corona has been seen in some people who came to Japan from Brazil. Japan’s Ministry of Health said on Sunday that during testing at airports, new stress was found in four people. A 40-year-old man, a 30-year-old woman and their two children have been exposed to a new form of the virus.

According to the Japanese Ministry of Health, the man showed no symptoms of the corona virus during the investigation, but was later hospitalized with respiratory problems. When the woman had a headache and her son had a fever. Of these four, his daughter did not have any symptoms.

A new tension in Britain and Africa has already arrived in Japan. There have been a total of 30 cases involving two new strains. The government has taken vigilance and declared a state of emergency in and around Tokyo.

Not much is known about the new strain found in Japan. Scientists and doctors have started researching how dangerous this stress can be. So far, a total of 2 lakh 80 thousand cases of corona have been reported in Japan. While more than 4 thousand people have died. This new tension has raised concerns between the Japanese government and the people.