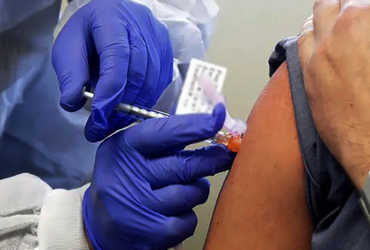 Countries around the world, including India, have begun the vaccination process against Corona, which will be the first frontline warrior to be vaccinated, but in the midst of all this, shocking figures are coming from the United States. A large number of front-line workers and health workers are prohibiting vaccination here.

Earlier this week, Ohio Gov. Mike Devine said he was “deeply troubled” by the low number of commentators among the nursing staff who were selected for the vaccine. Approximately 60% of nursing staff refused vaccine shots. Whereas, on the other hand, a study claimed that 55% of New York fire department employees said they did not want to be vaccinated.