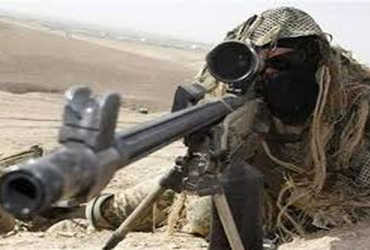 British Special Air Service (SAS) Jabanz sniper caused a stir among the terrorists with his shooting. The bombing occurred shortly after noon in front of the Syrian Police Recruitment Center.

Five IS militants were killed by a single bullet. One of the slain terrorists was a top IS commander. The Daily Star reports that the Special Air Service Sergeant opened fire while on duty in Syria.

The sniper fired on a jacket filled with explosives from a jihadist suicide bomber in Syria. A bullet fired from a distance of 900 meters hit the target. The bombing occurred in front of the police recruitment center shortly after noon.

The explosion was so gruesome that five terrorists standing around the bomb-laden jacket were killed. Among the five killed was a suicide bomber wearing a jacket. The suicide bomber was recording a video message prior to the attack when the sniper fired.

For the past several days, British SAS commandos have been monitoring this secret bomb factory of ISIS for several days. The factory saw a lot of suspicious activity in November. He was then targeted by commandos of the British Army.