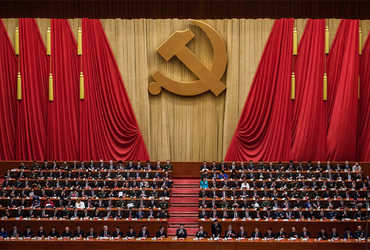 The final power in China is in the hands of the Chinese Communist Party (CCP). All Chinese leaders, high-ranking military officers and important people of the country are members of this party. It is now revealed that over 3 million CCP members are spread around the world like spies. Australian newspapers ‘The Australian’ and ‘Sky News’ made the revelation based on leaked data.

The Australian has received details of these members including e-mail, party status, date of birth, icard. This showed that CCP members are held in many large organizations, including the world’s leading banks, companies such as Volkswagen, Pepsi, IBM, Boeing, vaccine manufacturer AstraZeneca and Pfizer. It is possible that these members informed their party in China where they have worked. Because there is no loyalty to anyone except the party of CCP members.

6,000 branches of CCP have been set up for Western companies alone. Those working on it are present to give information to the top CCP officials and, if necessary, against Jinping. This network may be one reason why Chinese companies can imitate all the important things in the world. This is because Chinese people scattered all over the world will be informing China about market demand, monopoly etc.

The report confirms that China has a worldwide network of human intelligence. Not all members are necessarily Chinese spies, but the possibility cannot be ruled out.

Organizing men in this way is China’s secret war. If it goes to the border to fight, China will immediately come into the eye of the whole world. But to become a superpower, China has resorted to various routes, one of which is to spread its members quietly everywhere.