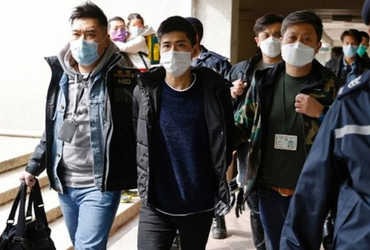 The Hong Kong Police has arrested six former MPs for violating the National Security Act by illegally participating in last year’s Hong Kong Legislative Assembly elections. The mass arrests, including former MPs, were largely due to the pro-democracy movement launched in Hong Kong. China enacted legislation in June last year to spread dissatisfaction in the semi-autonomous region. Those arrested today were mostly convicted of overthrowing the government or obstructing the government’s work. .

Hong Kong security minister John Lee said the arrests were aimed at curtailing the government’s performance. “They want a majority in Parliament to force the chief executive to resign and ask the government to stop working.” Former MP Lam Cheung Ting said in a video on Facebook that the police had come to my house and said they were violating the National Security Act and challenging the state’s authority.

Police then told Lam to withdraw the video or face arrest. Lee said police would not arrest people who voted in informal primaries in July last year, with about six million people voting. However, pro-Beijing politicians and lawmakers also warned that doing so would violate security laws.

All pro-democracy candidates were caught in the primaries. At least seven members of the city’s largest party, the Hong Kong Democratic Party, were also arrested.