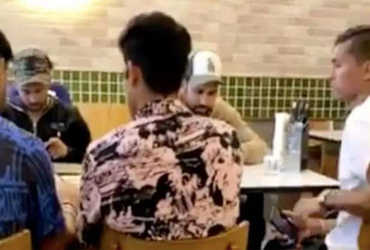 Cricket Australia said in a statement that on the advice of medical teams of Indian and Australian cricket teams, the accused players have been sent to Isolasham. The player will be separated from the Indian team and the larger Australian team during the tour and practice. Action has been taken against Rohit Sharma, Rishabh Pant, Shubman Gill, Navdeep Saini and Prithvi Shaw.

The case came to light when a person of Indian origin Navdeep Singh shared a video on social media in which five players including Rohit Sharma were having lunch at a table in front of him in a restaurant in Melbourne. Singh claimed that he paid the Indian players’ bill and hugged Pant but on Saturday he retracted his statement that he had not hugged Pant and the players kept a distance from him.