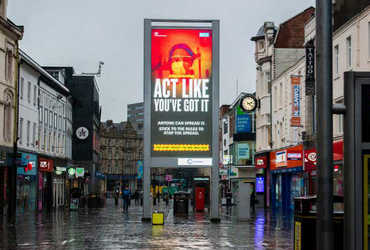 The war against Corona has been started by the new government in America. The new government has taken important decisions to stop the spread of Corona. On the other hand, Corona’s fate in the country is still the same. A record break in the last 24 hours in the country has killed 4300 people due to Corona. Meanwhile, 1 lakh 88 thousand 156 new cases of corona virus have been reported.

America is the most affected by the corona virus epidemic in the world. According to the US Centers for Disease Control and Prevention, Corona killed 4,383 people in the country on Wednesday. Which is by far the highest. Currently the United States is facing an average of 1 lakh 90 thousand new cases every day. On the other hand, more than 3,000 people are dying every day.

With the rise in power in the United States, however, Bid has made it mandatory for the country to wear a mask and social distance. Donald Trump showed no interest in making such decisions. So here comes the news of the resurgence of the Koro epidemic inside China. Due to this, the lockout has been implemented again in many cities.

For the first time in Spain, a record 44 thousand 357 new cases have been reported in a single day, taking the total number of cases to 24 lakh 56 thousand. Within France, 22 thousand 848 new Corona funds have arrived in 24 hours. So Germany has 59 people killed due to corona.