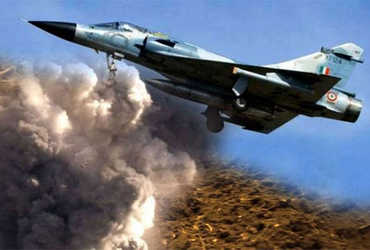 After the Pulwama attack, India carried out an airstrike in Balakot, Pakistan and blew up several terrorist camps, although Pakistan has so far claimed that no one was killed in the attack and the attack took place in a forested area. On the other hand, Aga Hillay, a former Pakistani diplomat, has publicly acknowledged that 300 militants were killed in the Balakot airstrip.

The revelation has come as a shock to Pakistan, claiming that there were no casualties in the airstrikes in Balakot for India. The Indian Air Force launched an airstrike in Balakot, Pakistan on January 26, 2019, a few days after the Pulwama attack. The dispute between India and Pakistan escalated after the incident.

The Indian Air Force later infiltrated into Pakistan and launched an airstrike in Balakot 10 days later to avenge the attack. cutting. Diplomat Aga Healy said that India crossed the border and carried out attacks. In which about 300 were killed. Our target was different from India, we targeted high command.