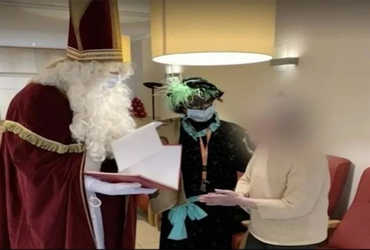 Santa Claus brings joy and gifts over Christmas, but Corona infected 121 people and 36 staff members at a Belgian care home. Since then, 18 of those infected have died.

According to a report, two weeks ago Santa Claus went to a care home in Antwerp, Belgium with his staff. Since then, Corona cases have increased and this Santa Claus has been awarded a super spreader contract.

Five people died at the care home on 24 and 25 December, while another was put on oxygen. Three days after arriving at the care home, Santa Claus tested positive for Corona.

“It’s a dark day for home care,” the local mayor said. The next 10 days will be difficult, he said. Santa Claus followed the rules while going to the care home, but then found out on the basis of his photo that he had not followed the rules.

However, a prominent Belologist in Belgium said he suspected a large number of people had been infected by Santa Claus. He also attributed poor ventilation in the care home to the spread of corona.