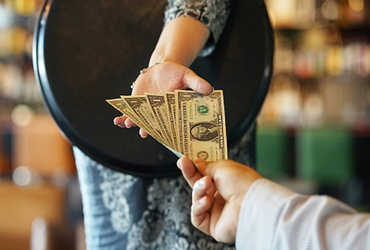 Farewell 2020 has proved to be a nightmare for many. Because many people have lost their jobs due to Corona, many have lost their relatives. However, Gianna Di Angelo, who works as a waitress in the United States, did not think that such an event would take place in the year 2020.

It happened that a customer who had gone to an Italian restaurant in the United States ordered a meal. Bill 5 205 came, which was about 15000 rupees. Then he gave a tip of about 3.5 lakh rupees to Gina, the waitress serving the food. The bill and the tip written in it are becoming viral on social media.

According to media reports, Jiana said, “I would be happy to receive any tip, but when the customer gave me 5000 as a tip, I could not believe it at first. I was happy with the amount I received I am. I used this amount for my college studies. ” I will do it

Know why the garbage cleared from Mount Everest will be shown?